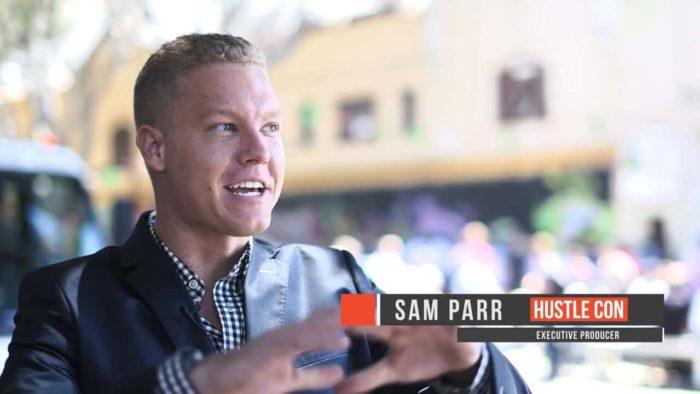 Here at Kicksta, we generally spend the bulk of our blogging time teaching readers how to use Instagram to nurture relationships with prospects, drive traffic and ultimately, make sales.

Today, however, we’ll be focusing less on Instagram marketing and more on the one interest that unites our growing community—entrepreneurship. But instead of us talking about starting, maintaining and growing a business, we’ve asked that a good friend help out – Sam Parr.

Sam Parr runs Hustle Con Media—one of America’s fastest growing media companies. In one way or another, he’s spent the better part of his life as an entrepreneur. Keep reading and you’ll learn his story, experiences with making money, and some advice, too.

Sam Parr, when did you first know you wanted to be an entrepreneur? What was that process like?

Yeah, so to be honest, for the longest time, I didn’t really know what the word ‘entrepreneur’ meant. I just thought that it was the name of a magazine or something, you know?

They all made a living on their own, so I kind of just always thought that starting stuff was the way people made a living. I mean, back when I was a kid, I was selling candy and CDs, and I just kind of made money by selling stuff on Craig’s List or at school.

And then, when I went to college, I legally started my first company.

It was a pretty cool business. I was selling hot dogs at a hot dog stand. It was funny, because people would say to me, ‘Oh! You’re an entrepreneur!’ And I didn’t even really know what that meant, so that was kind of my introduction to all of this.

At the age of 20, I finally learned what the word meant.

And the name of your stand? Wasn’t it called ‘Sam’s Southern Dogs,’ or something?

Yeah, so all through high school I made my own money. In college, I did the same thing, paying my way through school. Then, one day, I met this dude on the street—his name was Mike Wolfe. He was the star of this TV show called, ‘American Pickers.’

Yeah, so I met him, and I was a huge fan of his. We talked for a bit, and I learned that he planned to open a national store. I immediately asked if I could run it for him, and he let me.

So I worked for him for a while, and doing that, I saw that people would line up down the block to get into his store. I mean, the dude was famous, so it made sense. It was a really small store, though, so they’d have to wait forever to get inside.

I’d worked with Mike. It was cool. I’d met lots of great people, but I wanted out.

Once I’d left, I set up a hot dog stand outside of Mike’s shop to feed these people. There were like 300 of them that would show up every day, so it seemed like a pretty good idea. I called my business, ‘Southern Sam’s—Weenies as Big as a Baby’s Arm.’

Things went well, so I expanded, and hit up a bunch more spots.

It was awesome, but from there I thought to myself:

“This is cool. I get to work outside. I get to hire my friends—this is great. But how can I start making money while I sleep?”

That was the big question for me. Through Mike, I met this guy who’d started his own liquor company. I thought to myself, ‘D*mn, this is some cool whiskey.’

So to kind of follow in his footsteps, I created an online store called, ‘Moonshine Online.’ which sold liquor and that was my first Internet business.

Any other businesses you started before getting into what you do now?

Not so much. After that, I quickly realized that the Internet was the place to be. Like, that’s the best way to start a business—online. It’s hands down the most effective way to get going.

So I left school a little bit early and moved out to San Francisco where I met this guy who had this idea to start a roommate matching company.

I asked him if I could work for him, and before long, we were cofounders. It did well, and 10 months later, it was acquired by a larger company. After that, I started Hustle Con Media. As of today, that’s still what I’m doing.

Just out of curiosity, did you ever go back to school to get your degree?

I went back to school, and I finished. Well, I didn’t go back—I enrolled again, and I finished things up online. It was a big deal to my mom that I do that, so I did it.

What obstacles should new, up-and-coming entrepreneurs expect to face?

The biggest thing that paralyzes people is the uncertainty of entrepreneurship. There’s just a lot ton of uncertainty, you know? I mean, you never know what’s going to happen.

Most people are used to a nine-to-five life where things are very steady and safe—this is comforting. You go home at six or seven o’clock at night and you have your weekends to enjoy.

You just don’t have to really worry about anything.

Entrepreneurship has a whole lot of uncertainty. That’s one of the big things for me. This freaks lots of people out—just a lack of certainty with everything they’re doing.

Have you had any business ventures fail, or has everything gone relatively well?

We’re hiring a lot of people and we have tons of users, but 80 percent of the time, it feels like it’s going to fail. Funny, huh? I can never get away from this feeling. It feels like its going to fall flat on its face all the time.

My last company, however, totally bonked. We sold it, but it was still a failure. We sold it too early, and looking back, we should’ve worked on it longer. That was not a huge success.

Fortunately, I haven’t really had a failure where I had to move back home or borrow money from someone. But I haven’t had a massive hit, either—that’s what I’m looking for.

I mean, I haven’t had like a massive success. I have lots of friends who’ve just had huge success. I’ve certainly had success, but I really want to see things take off. Thankfully, though, nothing has been a massive failure. It always feels like it is, but that hasn’t happened yet.

What’s the first thing you would tell someone who plans to become an entrepreneur?

There’s a few of things, but I’ll focus on two of them. First, they should be extremely aggressive and ambitious. Second, I’d tell them not to respect anyone too much. Convince yourself that you can crush anyone, and respect people who are more successful only as much as you respect some random person on the street.

I think that there’s way too much hero worship out there.

I’ve met lots of my heroes, and I’ve realized that they’re no better than I am. Sometimes they’ll be better looking or more charismatic or a bit smarter than me, but in reality, they’re not meaningfully different or better.

At least initially, this was a surprise for me, and I think every entrepreneur should know that.

The people you admire who’ve built great things, kick them off the pedestal you’ve put them on. Don’t respect too much; destroy what you’ve set out to do through ambitious goals. This is super important.

What exactly is Hustle Con Media?

Hustle Con Media is going to be the next CNN.

Hustle Con started as an event. I half-heartedly started some events that turned out to be quite profitable. Believe it or not, this was totally by mistake. I had no idea that was going to happen.

We then parlayed that into a media company. Our first product was The Hustle—it’s a daily newsletter that’s a combination of The Wallstreet Journal and ‘The Daily Show.’

The main reason we do what we do is because we think the world is full of bullsh*t. Our way to get past young people’s bullsh*t detector is to just not lie, bullsh*t or circumvent the truth.

We are a media company that tells you what you need to know about business, tech and culture.

Does Hustle Con Media primarily make money through advertising? How does that work?

Right now we’ve got two streams of revenue. The first is through event sales and sponsorships. The second is advertising. We’ll soon be adding a third, as well.

How did you grow Hustle Con so quickly? How did you land such big-name speakers?

The answers to both are kind of the same, but also different.

Right now, we’ve got close to four million monthly readers. We grew that number quickly through word of mouth. We don’t pay for advertising; we just created a cool product. It was like 70 percent luck, but the product and market fit nicely together. That’s grown organically.

We also have 1,000 brand ambassadors throughout the globe. Each ambassador, on average, has referred about 30 people to us. That’s been huge for our growth, too.

It’s a super unique conference idea, so that’s helped. The name is super bad, and because its so bad, people remember it.

The way we got our speakers was through cold email. I just cold emailed people like crazy. I cold emailed the first set of speakers and became friends with them.

The second time we had an event, I cold emailed half of them, and the other half was introduced to me by the speakers for our first conference. And then, for the third event, I just did the same thing.

Now, because we’re a lot larger, we have connections. We’ve created some financing and have very connected investors. They’re helping us find new speakers. But it all started with good cold emails. I’m not good at a lot of things, but I’m great at cold emailing and copywriting.

I think copywriting is the best skill a person can learn. It doesn’t matter if you’re in business or not. It’s an important skill, because if you can write well, then you 100 percent can think well.

Last question, Sam Parr – what do you see for the future of digital marketing?

Everyone is going to be a media company.

Also, I think Facebook is going to start crushing media companies. Because of this, if you rely heavily on Facebook for any of your traffic, very soon, you’re going to be completely screwed.

And lastly, I think that email marketing is going to get really popular in the near term. 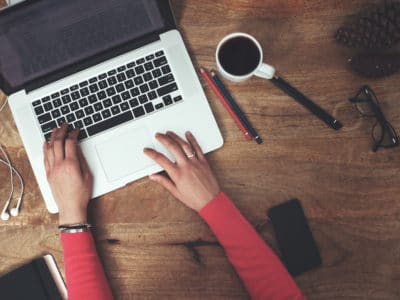