Everything You Need To Know About Instagram Algorithm In 2022 No matter how long you’ve been on the platform, chances are you’ve heard someone talk about the Instagram algorithm. Whether they’re praising it for helping them go viral, blaming it for their lack of engagement, or just wondering how it works, it’s something that many people tend to discuss when they’re creating an Instagram marketing strategy.

The Instagram algorithm can help you improve your engagement on your posts, increase your reach and even get more Instagram followers. But truthfully, many marketers, businesses, and Instagram users don’t know or understand how the algorithm works. Today we’re going to spend time talking about all things algorithm so you can know what it does and why it does it. Not only will this help you tailor your Instagram marketing strategy, but you can also impress your friends with your new knowledge.

Let’s start with one of the most mind-blowing facts. The Instagram algorithm isn’t actually a single algorithm. Instead, it’s a variety of algorithms, classifiers, and processes that work together to put the right content in front of the right people at the right time. At the end of the day, that’s what the algorithm does. It doesn’t have ulterior motives and it doesn’t want to help or hurt your business, posts, and reach.

The goal of Instagram (and therefore the algorithm) is to ensure that its users enjoy their time on the app and spend more time there. After all, they spend more time scrolling they see more ads, and that in turn means more revenue for Instagram. So, the Instagram algorithm works to keep users on the platform and viewing the content they want to see so they won’t be tempted to leave the app. The worst thing, in Instagram’s eyes, is for a user to be bored with the content they’re seeing.

This is where the algorithm steps into play. The algorithm makes sure that users see what they want to see. In some cases, this is showing people posts by their close friends, connections, and users they interact with regularly. For others, it’s showing them posts that Instagram thinks they’ll like or be interested in seeing. This is how they help increase the reach of certain posts. We mentioned that Instagram has multiple algorithms and processes, so let’s dive a little deeper into them.

So, the algorithm is broken down into three different overarching categories. Generally, people use different parts of Instagram differently, so the various algorithm processes reflect that. There’s an algorithm process for the feed and Stories, one for the Explore page, and one for Reels. Let’s take a look at each one in-depth.

Algorithm For Feed And Stories

Instagram has determined that people want to primarily see their friends’ posts in their Feed and Stories. For the algorithm’s purposes, this means that they’re going to show you posts by people you know and follow, beginning with their most recent posts. The algorithm relies on a few sets of information:

The algorithm takes all of this information and makes predictions. Mostly, they’re trying to predict how long you’ll look at a post, whether or not you’ll engage with it, and if you’ll go to the poster’s profile from that post. Beyond that, the algorithm tends to avoid showing too many posts from the same person in a row.

An important note: as Instagram continues to place an emphasis on accurate information, it’ll rank posts that have been marked as false by third-party fact-checkers lower. If too many posts are marked as false, the algorithm will make that person’s content much more difficult to find on the app.

Unlike the Feed and Stories where people tend to want to see posts from people they know, the Explore page is typically full of posts and accounts that someone might be interested in seeing. This calls for a different set of algorithms, as much of the above information (like your history with a certain person) doesn’t apply.

To begin, the algorithm looks at the posts you’ve liked, looked at, and generally engaged with to see what you might be interested in seeing. They’re looking at account names, hashtags, locations, and keywords that are used in posts that you consistently engage with and view. The algorithm will suggest posts that are similar to those, or they’ll look at additional posts that other users who viewed and engaged with the same posts as you also viewed. Because you both looked at and engaged with the same posts, you might be interested in other posts that those users also viewed.

As with the Feed and Stories algorithm, the algorithm for the Explore page looks at a few pieces of information:

All of this information helps Instagram rank posts that you would potentially find interesting. It’s also important to note that Instagram avoids promoting potentially upsetting or offensive posts in the Explore tab, and they try to avoid posts that contain information about vaping or tobacco.

Finally, let’s talk about the Reels algorithm. Reels are designed for fun and entertainment, and at a high level, the algorithm works similarly to the algorithm for the Explore tab. After all, the majority of suggested Reels are from accounts you likely don’t follow. Instagram asks people how they liked the Reels – whether they found it funny or good entertainment. Reels that rank highly on these questions are more likely to be shown to others.

The algorithm tries to predict how likely you are to watch a Reel all the way through and engage with it. Instagram is also looking for whether or not you go to the audio page associated with that Reel, as an indication that you might be interested in making your own reel inspired by the one you watched. As usual, this algorithm is looking for specific information:

As with the Explore tab, Instagram has guidelines for what will be promoted in Reels. Political posts, watermarked videos, and low-resolution reels are all likely to not be recommended.

So now that we’ve talked in detail about the Instagram algorithm and how it works, let’s talk about how you can use this information in your favor to stay on its good side and be promoted.

Hashtags are important in general on Instagram, especially if you want to increase your reach. When people search for hashtags, you want them to be able to find your post. But that’s the basic understanding that most people have about trending Instagram hashtags. Hashtags can also help you win the algorithm game.

Earlier we said that the Explore algorithm works in large part by looking at other people who look at and engage with the same posts as a particular person. Then, they’ll show that person other posts that those other people have looked at and liked. Many times these posts are linked by hashtags. In fact, the algorithm can also pull directly from hashtags that someone has engaged with and use that data to promote your posts to them.

One of the pieces of data the algorithms are looking for is how quickly people are engaging with it, as well as the overall engagement rate versus people who just looked at the post or scrolled past. When you take the time to create excellent posts that people want to engage with, it helps your chances with the algorithm. As your followers see your posts, they’ll be more likely to engage with them. This will signal to the algorithm that your post is interesting and they’ll be more likely to promote it.

Responding to comments is generally a good idea, even outside of appeasing the Instagram algorithm. When you respond to comments, you’re adding more comments to your post, which increases the engagement rate on it immediately. Then, you’re also showing the algorithm that you’re present on the app and taking the time to engage with people who write comments for you. This is much better than simply scheduling the posts to go out and then never looking at them again.

When you post on a regular basis, you’re showing the Instagram algorithm again that you create content on a regular basis. They’ll be able to see how often you post, along with your engagement rate, and that’ll help you land on people’s feeds, Stories, Explore tabs, and Reels. Remember, you don’t have to post every single day to post consistently. Instead, create a schedule that you’ll be able to stick to and post according to that calendar.

Trends are popular for a reason. When people view a video or post that covers a particular trend, chances are high that they’ll want to see more posts about that same trend. So, if you create a post taking advantage of that trend, you’re likely to land on someone’s page.

There are many tips for creating viral posts, but there isn’t a hard-and-fast rulebook to follow that can guarantee you a viral post. Some things you can try, though, include posting infographics, riddles, or motivational content, just to name a few. The idea is that you want to create easily shareable content that people will want to repost to their Stories, save and share with their friends. This will help spread your posts organically, and then the algorithm can step in and help from there.

Remember that a large portion of the data the algorithm uses to boost and recommend posts is based on engagement. If you struggle with getting likes and comments on your posts (or even if you don’t), consider running a contest. If you give something away and ask entrants to engage with your post, you’re likely to get a significant uptick in engagement. If you add “follow” to the requirements, you can also generate additional Instagram followers, which means there will be more people to see your feed and Story posts, and therefore more chances to generate engagement to impact the other algorithms.

The time a post is shared is used as a signal for the ranking algorithm. So when is the best time to post on Instagram? Well, in general, it depends on your industry, audience, and time zone. The general rule of thumb is to post when your audience will be active on the app. This means they’ll be able to engage quickly and indicate to the algorithm that your post is interesting and worth recommending to others.

The algorithm hasn’t always worked this way. In fact, Instagram is often making changes and updating the algorithm process. Here’s a brief history of the Instagram algorithm updates.

Moving Forward With The Algorithm

You should now feel like you have a strong understanding of the Instagram algorithm. Now you know how it (or they) works and what you can do to stay on the algorithm’s good side. Before you create your next post, think through the eight tips we included here and see if your post meets each of their criteria. Then, hit publish and start engaging with your followers. From there, it’s time to see what happens. 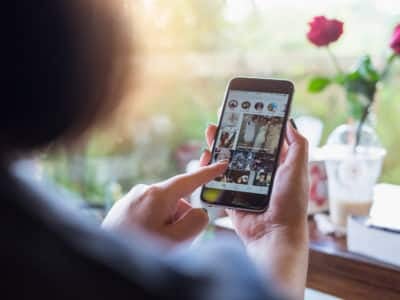 How To Change Background Color On Instagram Story: A Quick Guide

Instagram Stories are such a fun way to connect with your audience and... 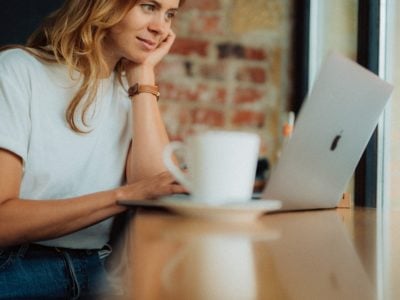 How To Use Instagram: A Guide For Those Just Getting Started

Are you wondering how to use Instagram to help grow your following and...