How Working with Micro Influencers Can Help Your Brand (& Your Budget) Social influencers are flooding the digital universe – and for good reason. Influencers, whether they are micro influencers, macro, or celebrity, are one of the most powerful social media trends (especially on Instagram), because they are able to grab the audience’s attention and add that much-needed dose of authenticity to the branded content.

The idea behind this marketing tactic is simple: influencers build a base of loyal followers who trust them much more than businesses, brands, and companies. This is exactly what makes influencer marketing so productive and able to return as much as $6.50 for every $1 spent.

However, there are some substantial differences among digital opinion leaders that force us to divide them into different categories: micro- and macro- influencers. In this post, we want to concentrate on working with micro-influencers and explain how they can help your brand on a shoestring budget.

But the point is that micro-influencers are experts on a specific topic whose audience is loyal and engaged. Unlike their macro counterparts, who can reach hundreds of thousands, micro-influencers address fewer people but generate better results.

Plus, micro-influencers with fewer than 100k followers are responsible for the majority of posts on the platform meaning there is definitely a mirco-influencer in your niche to collaborate with.

According to one study, micro-influencers deliver seven times more engagement on Instagram than their more popular colleagues. Many other reports confirm the power of this marketing tactic:

How can it be? What makes micro-influencers so efficient?

Well, the secret lies in the fact that they are dedicated professionals who create authentic and trustworthy content. This is the source of their power, but we will analyze the advantages of working with micro-influencers in the next chapter.

As we already mentioned, micro-influencer campaigns can almost guarantee amazing results. You can expect a lot of good things to happen during your cooperation with micro-influencers, including the following benefits:

7 Tips to Help You Launch a Better Micro-Influencer Campaign

Now that you know the background of micro-influencer marketing, it’s time to focus on practical tips and tactics that can make your campaign better. But before you rush into it, we recommend you design a plan of activities, which will make it easier to follow each step in real-time.

You don’t need more than a simple five-step mechanism to cover every aspect of the story:

Social media users publish tons of content on a daily basis, so you need a tool that helps your posts stand out from others. This tool comes in the form of hashtags, an element that influencers have to utilize when promoting your brand. Each micro-influencer campaign deserves its own hashtag strategy.

Jake Hudson, a digital marketer at Brill Assignment, says a common solution is to play with the brand name and design hashtags that clearly reveal that it’s your company influencers are talking about: “Such a tactic does not only distinguish your content from the crowd of other posts, but it also improves the discoverability of influencers’ announcements.”

Some marketers claim that the concept of product reviews is old and obsolete, but we strongly believe that micro-influencers are able to craft content that promotes products without looking too pushy or salesy. After all, they are professionals who know how to create authentic social media posts.

As we already mentioned, the key feature must be honesty. A chosen influencer must be able to create content that is direct, straightforward, and trustworthy. It means they should never manipulate followers because it would jeopardize both sides: your company will lose credibility, while influencers would jeopardize their own reputation.

3. Use the power of storytelling

Storytelling should be a major part of your micro-influencer plan because it evokes emotions and helps people to familiarize with your brand. Product reviews are okay, but sometimes you also need to focus on other aspects of the business and hire influencers who can explain what makes your business different than other companies in the same niche. Let influencers create a story of corporate values and beliefs – it’s a great way to approach the target audience and win over their trust.

4. Build a network of micro-influencers

Cost-efficiency is one of the biggest benefits of micro-influencers marketing, which gives you the opportunity to build a network of endorsers who can promote your products simultaneously. What do we mean by that?

Well, the idea is simple: the vast majority of micro-influencers don’t charge more than $250 per post, so you can hire several opinion leaders at the same time. It’s not a big investment, but it can do miracles for your business.

First of all, they will make an impact on their target audiences and boost engagement. Secondly, the synergy between all those influencers will give you additional exposure and maximize the reach of your campaign.

When you work with celebrity endorsers, you need to pay a lot for a single post that goes live on one network only. For instance, they will promote the brand on Instagram or Facebook exclusively.

According to marketing analysts at Assignmentmasters, micro-influencers publish content differently: “They usually combine all platforms and mention a brand using multiple channels: Instagram, Facebook, YouTube, blog, etc. This sort of functioning means you don’t have to spend more money, while the numbers keep growing nevertheless.”

Sometimes you don’t even have to hire professional influencers to market your brand. Instead, you can encourage user-generated content (UGC) and let your true fans do all the work. That way, you give followers the power to express their inspiration and creativity, while they also get the notion of fulfillment and acknowledgment.

Loeffler Randall does a great job turning regular customers into micro-influencers. The brand builds a wide base of UGC creators by inviting ladies with “standout personal style and a keen eye for design and originality” to join their team of endorsers. It’s a win-win solution because Loeffler Randall expands the business through micro-influencer marketing, while their endorsers experience a huge popularity boost.

7. Don’t run away from sponsored posts

The point of micro-influencer marketing is to reach a highly specific audience that has the largest conversion potential. However, it shouldn’t stop you from asking influencers to publish sponsored content when you notice the opportunity to make a bigger breakthrough. Doing so, they can reach even more fans without jeopardizing professional authority, especially because it’s easy to target the lookalike audience on social media.

Influencer campaigns have become a major force in the digital marketing universe in the last few years. Social influencers help brands to raise awareness, boost trust, and drive engagement, but some thought leaders do it better than others.

Micro-influencers are a much better and more affordable solution for marketers who want to encourage potential customers to engage. You can work with micro-influencers even on a shoestring budget and still expect them to deliver the planned results.

In this post, we explained how to work with micro-influencers, discussed the benefits of this marketing format, and showed you seven tips to use while working with mini-celebrities.

Keep our suggestions in mind and don’t hesitate to write a comment if you have any questions to ask about this exciting topic – we would be glad to answer you!

Scott Mathews is a digital marketer and a content creator at Nerdywriters and Australian assignment help. He also writes guests posts for Paperwritingpro.com and Easy Essays. Scott lives and breathes digital marketing, with his favorite topics being social media and paid advertising. Scott is a semi-professional runner who often participates in long-distance races. 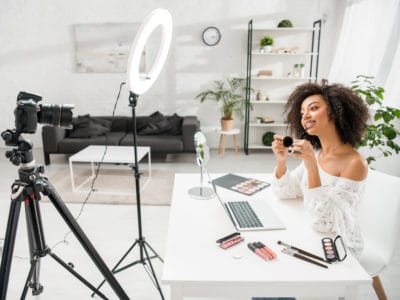 Wondering how to get started with influencer marketing? This type of marketing is... Micro-Influencers vs. Influencers: Everything You Need To Know

Influencer marketing and micro-influencers have been a staple of modern marketing strategies since... Influencer For Instagram: 50 Top Influencers And Their Blueprint To Success

The top Instagram Influencers did not achieve success overnight. What started out as...