How to Effectively Combat A Low Engagement Rate on Instagram Kicking off your brand’s Instagram and Engagement rate account is no simple feat. There are various aspects to consider when initiating organic Instagram growth through genuine engagement. While many companies have taken advantage of the numerous “bot” services available today, they’ve actually proven to be a temporary solution to a low engagement rate. They can also seriously harm your brand’s image.

Instagram has recently implemented an algorithm feature, which changes the way we see posts on our feed. More specifically, we no longer see the most recent post at the top of the feed, but the one that you’re most inclined to engage with based on your engagement history. Instagram actually monitors which accounts you interact with most frequently, and places that user’s posts at the top if you have not yet seen it.

With this new algorithm in mind, we need to reconsider the way we utilize the app to gain the most exposure for our brand.

Up until March 2016, the posts on your feed have been viewed in a simple, reverse-chronological manner. This made it rather easy for users to gage the best times to post.

Different demographics of followers tend to be more active on Instagram at different times of the day due to age, location and daily routines. Understanding your followers’ social media habits was a large part your brand’s social media success.

This new algorithm aims to place a higher emphasis on the quality of posts rather than mere posting strategy.

The Reality of Posts

According to Instagram itself, users see an average of only 30 percent of the posts in their feed. While it’s simply unrealistic to see 100 percent of the posts (unless you’re glued to the app 24/7) the most pressing concern was that users are missing out on some of their favorite accounts’ posts.

Even with this algorithm update, users are still only seeing 30 percent of the feed, but at least it’s from users they care most about.

Using it to Your Advantage

In addition to taking note of which accounts you engage with most frequently, Instagram also rewards posts that receive a significant amount of likes and comments by leaving them at the top of the feed longer. If you’ve ever opened up your Instagram feed and the first post is already a day old, it is due to its high engagement rate.

Comments are more substantial than likes when it comes to user-engagement. Consider this when writing your next caption, and encourage your followers to post a comment or tag a friend.

Some of the most successful posts include a subtle call to action that doesn’t appear as a marketing tactic. For instance, “tag a friend who would wear this” or, “let us know your favorite products in the comments below.” Not only can these comments give you feedback on your products or service, they can also introduce new users to your brand and expand the lifespan of your post.

Likes and comments are not the only ways to promote organic Instagram growth with the current algorithm. Searching for a user or frequently sharing their posts through direct messages can be equally effective, although the user generally has no knowledge of this activity.

At the end of the day, Instagram wants all users to post engaging content that will be seen by those who truly care about the content. Before it was used as a digital advertising platform, Instagram at its most basic level was to start conversations through quality photos and videos.

This algorithm is partly designed to reinforce this original idea, and give the strongest accounts some incentive for abiding by the true origin of the platform. With that said, don’t stress the follower and like count immediately, and strive for engaging content to combat your initial low engagement rate. 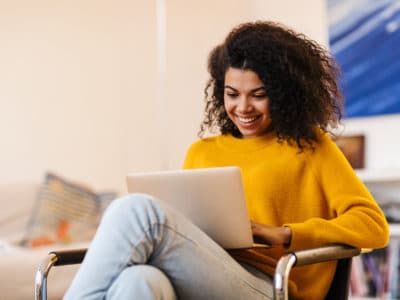 Instagram games are a great tool to use in order to boost engagement... 5 Reasons Why Buying Instagram Likes Is Such A Bad Idea We Analyzed The Engagement Rate of 1,000+ Instagram Accounts From Different Industries – Here’s What We Learned